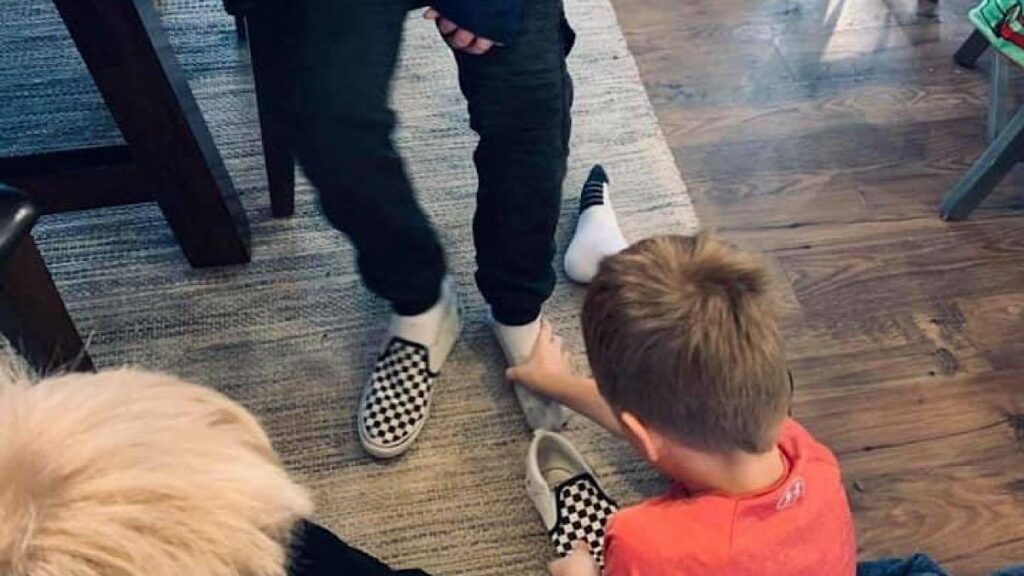 This morning we were running around getting three kids ready to leave the house.

Back to school day! Cooper was the most excited. Up and dressed and ready to go and saying…’SSS-OOO- LLL’ every time I walked by.

It was a bit chaotic to say the least.

We are definitely out of practice.

Jamie noticed that Coops put his shoes on the wrong feet. It happens quite frequently but we are also so proud of him for putting his shoes on that we don’t mind fixing them.

Sawyer, Cooper’s younger brother, who was soaking up his last few minutes of holiday break, and zoning out watching his iPad, must have heard us.

Which is bizarre because that kids selective hearing game is strong.

The next thing I see is him fixing his brother’s shoes.

It stopped me in my tracks.

I also overheard him say…’I will see you when I get home buddy.’

These two. There is just something there. See Cooper used to only be connected to me by that invisible rope. The one that parents like me reference. But lately, over the last few years, it’s been wrapped around his younger brother too.

Last night during bath time, Cooper waited not-so-patiently at the bathroom door while Sawyer played with his little brother in the tub. He turned the lights on and off. On and off. Laughing every time we all shouted for him to turn them on.

That’s just like him. Near but far. Always engaging in his own way. Anyhow, Sawyer was telling me his plans for the future. He plans to live here, in this house, with his wife and kids.

He never wants to leave that one. I asked Cooper where he wants to live when he grows up.

His answer was quick and clear as day.

There is just something there I tell ya. The way they help each other. They way they see each other. Mismatched shoes and all. 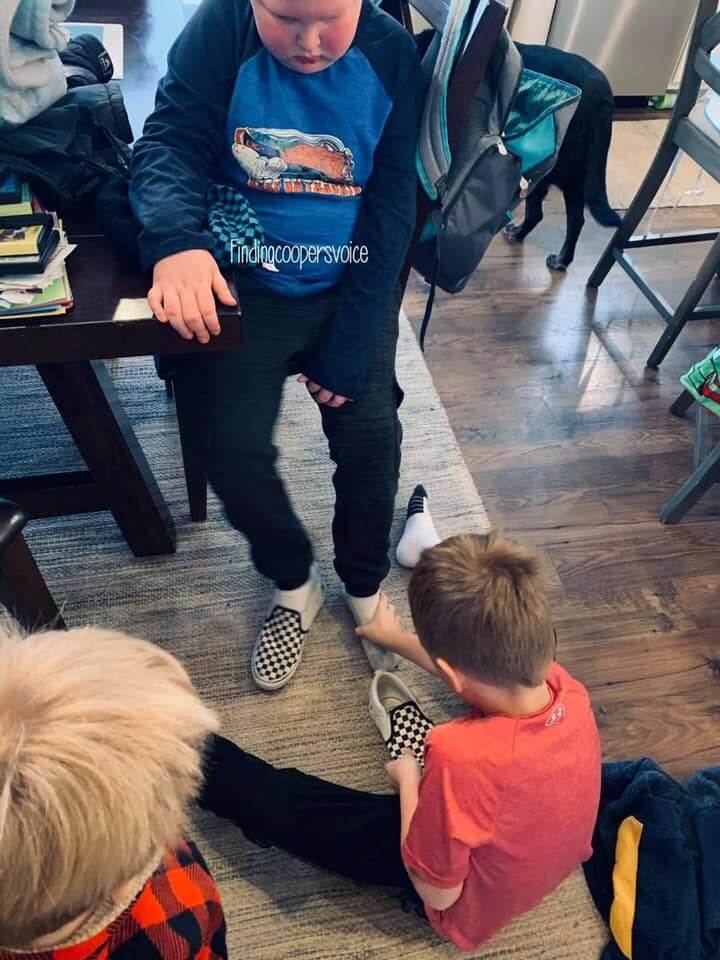