Because of Her, He’s a Better Man 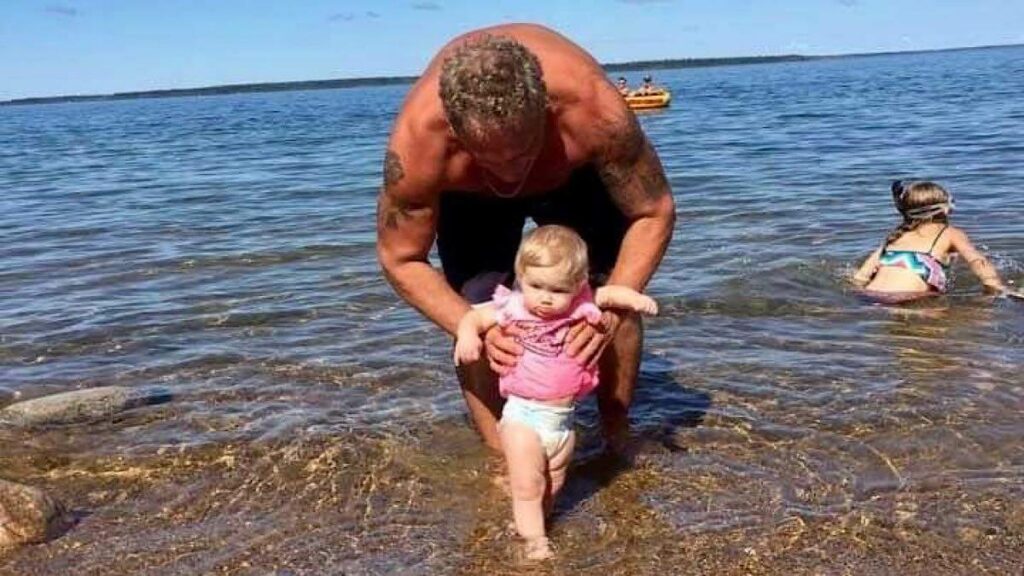 My Dad isn’t who he used to be.

When my daughter Evie came along, he changed.

As if by magic, he started to notice things he hadn’t noticed before.

He began to see the things he HAD noticed a little bit differently, too.

He was the first person to form a special connection with Evie aside from her Dad and I.

It was obvious to my parents when Evie was just a few months old that something was different about her. She wasn’t like other babies they had experienced.

She didn’t want to be cuddled by anyone but me, she wouldn’t look them in the eye and smile at them, and when they tried to babysit her it always ended quickly. She would scream for hours and there was no consoling her until she was back in my arms.

I was surprised that my Dad took it all in stride. He seemed to accept early on that this granddaughter of his did things in her own way and time and it ignited a spark of determination in him instead of a simmering frustration, like I expected.

He became an observer, studying Evie from a respectful distance, dedicated to finding a way to connect with her on her terms.

He was patient, making sure not to push boundaries, slowly earning the trust of the little girl who liked to line up her toys instead of play with them.

He started a routine with her, a game of sorts. Every time they were together, he made a funny sound with his mouth, a whistle or his go-to, a Donald Duck impersonation. He would let her inspect his mouth for the source of the sound and pull at his beard, which fascinated her. 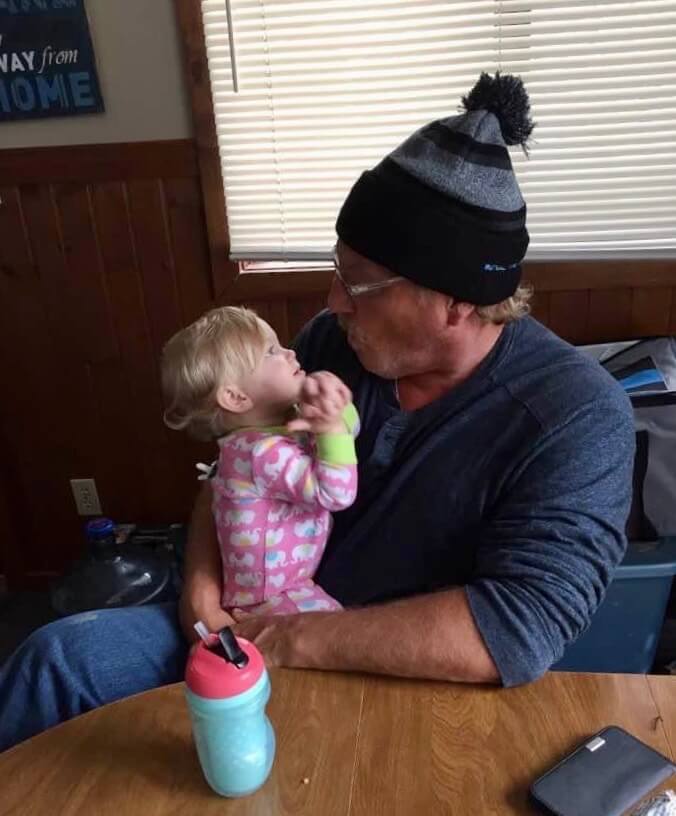 Before long, the first thing Evie did when she saw her Grandpa was reach for him with anticipation, waiting expectantly for those sounds of his.

My Dad would play on the floor beside her with magnets or puzzles, pointing out colors, numbers and letters. He didn’t pressure interaction, sometimes he just sat and watched her play, giving her space but making a point to be present and just sit with her.

Slowly but surely he became one of her favorite people. They developed their own special form of affection, Evie would lean in and press her chin or forehead against his, resting it there for a few seconds. 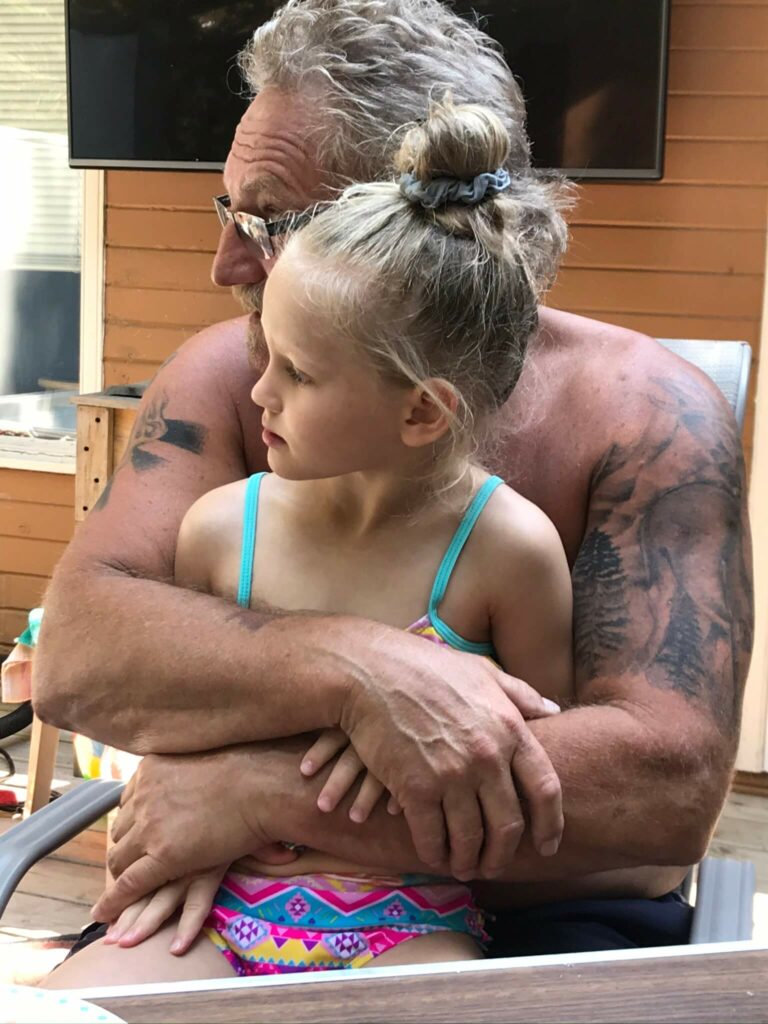 This is still one of her most common forms of affection, she doles out forehead presses sparingly to special people only once they have earned a spot in her circle of trust, but generously to those she loves deeply, like her Grandpa.

If someone told me when I was fifteen that my Dad would become one of the most important and cherished people in my life, I wouldn’t have been able to picture it, let alone believe it.

We butted heads for most of my youth, both of us guilty of pushing each other’s buttons, often on purpose.

I was a difficult child in a lot of ways, I was anxious and emotional and he didn’t have a lot of patience to deal with that back then.

Evie was the catalyst for positive change in our relationship. Evie makes a positive impact on many people in her proximity, even strangers.

It’s hard not to feel an air of magic in her presence, her aura draws people in and then pulls out the best parts of them, opens up their eyes and minds and hearts.

It doesn’t take people long to notice she’s different, you can feel a shift in the atmosphere once they do. They feel awkward and pretend not to see us sometimes, we become momentarily invisible.

But Evie was born to be seen and people can’t help but be taken with her. Most of them end up peeking, grinning, giving a little wave, a nod of acknowledgment, some even come over to say hi or ask well intended questions.

She helps people appreciate diversity and see that different can be beautiful, wonderful, interesting, refreshing, freeing.

She helped my Dad see that appearances can be deceiving and making assumptions is ignorant.

He used to think children who acted up in public needed more discipline, end of story. Kids who couldn’t behave should stay home where they weren’t disturbing the peace of others.

It wouldn’t have crossed his mind that some kids or even adults who look ‘normal’ might have a disability or disorder.

He doesn’t think that way anymore.

Quicker to give grace.

He’s himself, but wiser.

He’s still a husband, a father, a Grandpa, a son, a brother, a friend.

He’s just a better one now.

Because of Evie, he’s a better man. 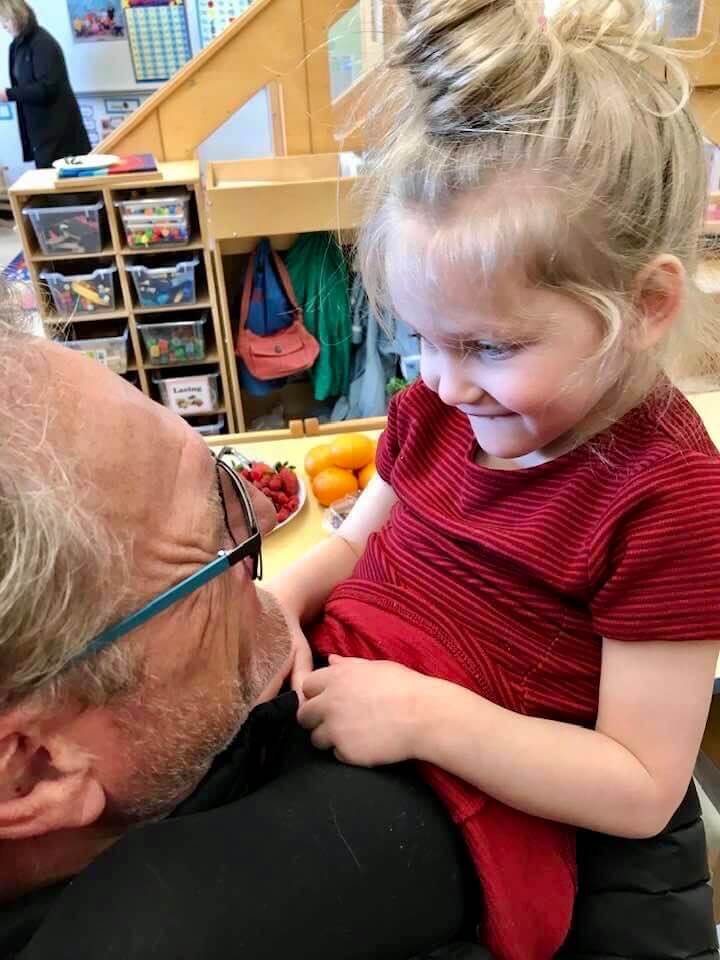 Jill Kakoske is wife, middle school teacher, lover of pets and Mom to one daughter, Evie, who is Autistic. She lives in small town Saskatchewan, Canada, and enjoys spending time reading, relaxing with friends and family and writing about her experiences being Evie‘s mom. You can find her on Instagram and Facebook under Evie The Explorer or check out her website www.evietheexplorer.com