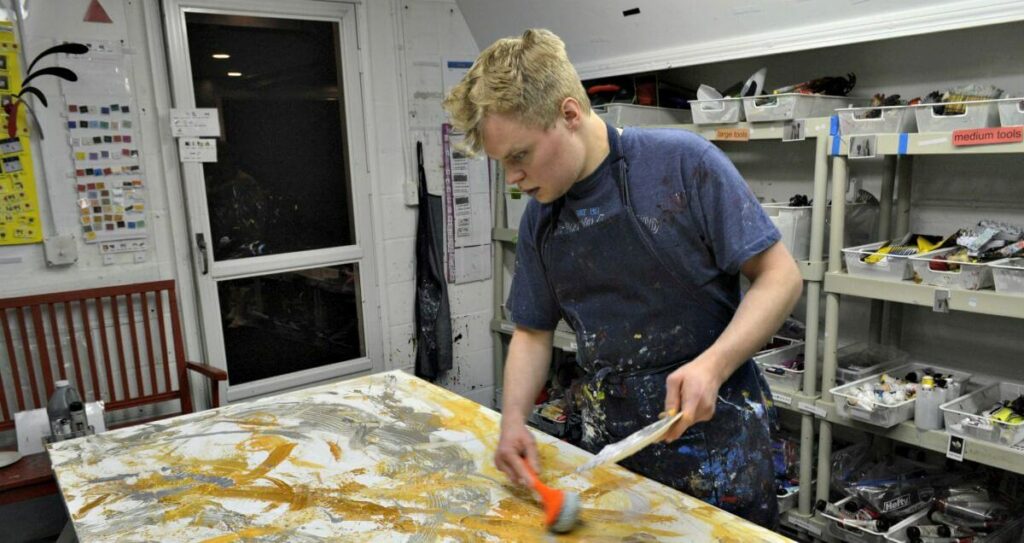 Eve Megargel, author of ‘Learning to Kiss,’ is an impressive woman. I figured that out quite easily with a quick Google search. She is a published author, educator, filmmaker and advocate. But what really impressed me, and drew me to her, were her views on people with nonverbal autism. She believes that despite having no spoken words they are still communicators. She believes in setting standards for them, giving them a voice, and refusing to settle. She has been a pioneer in this way of thinking for over twenty years. She refuses to count them out.

Eve is telling her son’s story in her book, Learning to Kiss, to show the world that all individuals, even nonverbal people, are communicators. And I was lucky enough to spend a few hours chatting with her about our kids.  I was blown away by her insight, understanding, and courage. In my eyes she’s one of the mom’s that paved the way for Cooper and I.

She was an advocate, a teacher, a fighter of insurance companies and doctors, a refuse to ignore my child, never settle, expect more, long before it was the norm for parents like you and I, kind of mom.

But more importantly, she is the mother to an amazing adult man named Billy, the star of her book. I knew from researching her, and reading her book, that Billy is autistic and nonverbal. This is why I was drawn to Eve. I am her…just a few years behind.

Up until recently, the thought of my son with severe, nonverbal autism growing up terrified me. I didn’t know what to expect. I would look into the future and instead of seeing baseballs games, driver’s education, graduation, and college, I saw years of therapy and frustration. I saw guardianship. I saw planning for his care after I am gone. I saw fear. I saw the unknown.

I think I can speak for all of parents with young, nonverbal children when I say we are scared. We want to know what the future looks like for our babies. We want to know if this is going to be okay. We want hope. We want a happy ending to our stories.

I was scared to talk to Eve. That’s the truth. I was at a low point with my son’s disability. And I needed a good dose of hope from one of the mother’s that pioneered the way for us newbies. 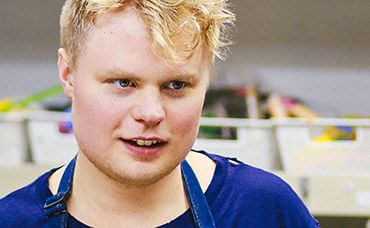 So, I started off simple.  I asked her to describe her son.

She told me that Billy has a charming grin and a huge sense of humor. The ‘gotchu’ kind of sense of humor. He makes everyone smile. Every person that meets him walks away happier then when they arrived. Billy lives in the moment. And each moment is joyful. He is a communicator. He loves art and music. He loves learning. He has a full life.

Eve didn’t know it but I teared up as she spoke about Billy. The admiration and love in her voice put a lump in my throat. And as she spoke it dawned on me there was no sadness in her words. There was no mention of all the things that Billy missed out on in life…or that she missed. She wasn’t dwelling on the sadness because she didn’t have any.  She spoke about his love of life. And their love for each other.

As a listener I heard the story of a mother and a son. It was natural. It was real. It was everything I could hope for.

I moved onto a scarier question as a mother of a nonverbal child. I asked her to tell me about their relationship. I asked what their life is like. Do they connect? Do they chat? Do they bond? Do they have a typical mother-son relationship?

Eve described their close relationship and bond. They communicate on his talking device and most importantly they chat about things that matter to Billy like art, music and his schedule. She emphasized the important of communication and giving nonverbal kids the skills and tools to speak their mind, ask questions, and be part of the world they live in.

I was almost embarrassed to ask the next question. I felt guilty. But I was talking to a woman that knew exactly what I was going through. So, I shoved that guilt and fear way down and asked her the question I was scared to ask.

Parents Can Not Lower Their Standards

Does it get easier as they get older?

She gave me a laugh and a huge yes. She told me to stop thinking so far into the future and ask myself what do I want Cooper to be doing five days, five months, and five years from now. Maybe it’s blow his nose or spit water. Make the goal more manageable and doable by breaking it down into increments and asking ‘how do we get there?’

She told me how when Billy was younger the world counted him out because he was nonverbal and autistic. They settled. Teachers and therapists lowered the standards expected of Billy because he was disabled and almost seemed to be happy when he wasn’t melting down. Not only did they lower the bar they set it way too low. She knew that was wrong. She saw a spark in Billy that no one else saw. She saw a communicator. She saw hope. And she refused to give up on her son. So she raised the expectations. She started expecting more from her smart son.

She went onto to tell me stories about how no one believed her when she said things like…’Billy is going to learn to tie his shoes, read, and use a computer.’ His village thought those goals were set to high. Eve did not. His therapists thought Velcro shoes were good enough. They settled. They said it was too complicated for him to tie them. Eve didn’t believe that. She set the standards higher.

And she refused to give up.

Today, at 27, Billy is tying his shoes, eating fruits and vegetables, swallowing medication, using a mouse and reading sight words.

Eve’s mantra was, ‘Billy does need to learn to do these things. He is not going to be a little kid forever.’

As a mom who knows the struggles of raising an autistic child all too well I got goose bumps when she said that. She motivated me to set higher standards and goals immediately for my son. She told me she understands that it is hard to be optimistic. But no one else in this world will push your child like you will. Start doing it today.

All Individuals Are Communicators

I’ll leave you with this quote from Eve and I really do encourage you to check out her book. I thoroughly enjoyed it. I fell in love with their relationship.

“You are going to come across people, more often than not, that will refuse to view your autistic child as a human being with a point of view. These people believe that children with special needs should comply with every request and do everything that they are told. That is not expected of the rest of the world and should not be expected of our children. Be their advocates and give them a voice. All individuals, even nonverbal, are communicators. They just need support to speak. And remember, they will not be little kids forever. Like Billy, they will grow up. Teach them how get their needs met, ask a question, and initiative conversation. There is a communicator there.” 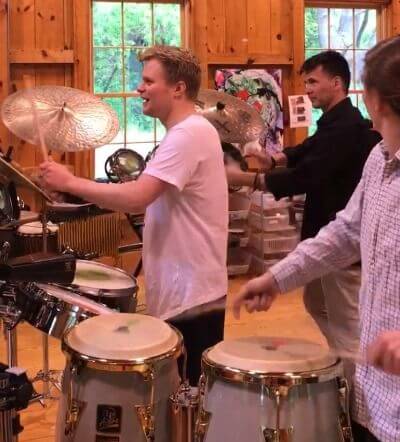 About Eve: Eve Megargel is an author, educator, filmmaker, and pioneer in advocating that all individuals on the autism spectrum are independent communicators who are capable of self-expression and social relationships. Eve consults, collaborates, and engages on key autism issues and initiatives with several organizations, including Massachusetts General Hospital and Boston’s Jewish Family and Children’s Services. She is a member of the MGH Family Advisory Council and the Lurie Center Leadership Council. Eve received her master’s degree in Theology from Harvard University, and her bachelor’s degree from the University of North Carolina – Chapel Hill. She lives with her husband Matt and son Billy in Weston, Massachusetts. Learn more about Billy’s story at Voice Colors.