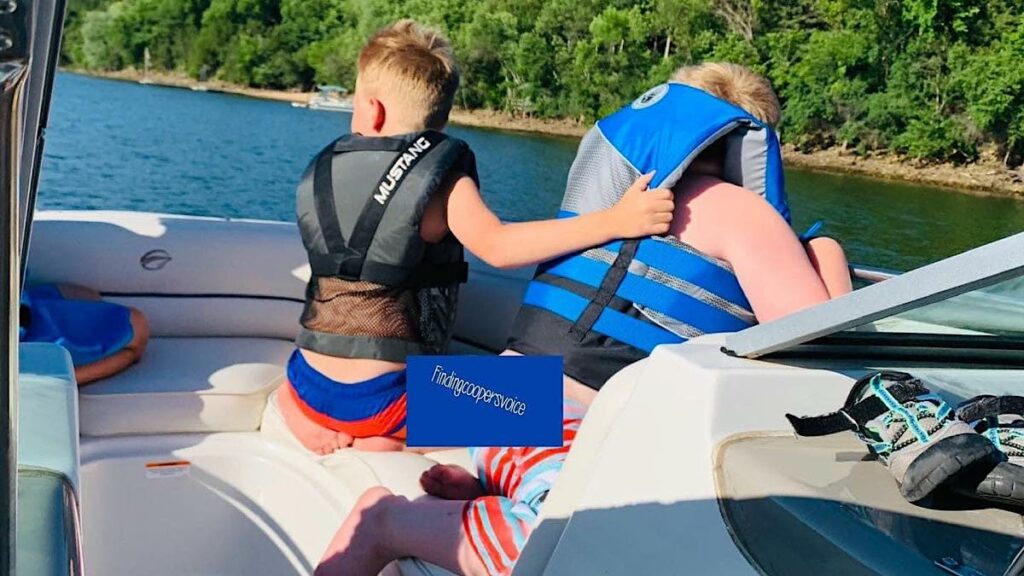 A few days ago we took a boat ride.

Sawyer brought two friends. A brother and sister who are very much a part of our family.

The big kids, Cooper included, all wanted to sit in front and screamed at Jamie to go faster. They were also supposed to watch for logs but that part didn’t happen.

As we boated along we hit some rough water. It only lasted a minute or so. Pretty common on a Friday on the St. Croix River.

Anyhow, Cooper squealed as a bit of water splashed in his face. He flapped and cheered.

I watched Sawyer get nervous. But not for himself. For his brother who is two years older than him.

While the other two kiddos pointed to ducks and cheered for water skiers, Sawyer held him like this. It lasted for nearly 15 minutes. I watched him adjust his arm numerous times as it got tired or when Cooper wiggled around. At one point his arm was through his life jacket, rubbing his back.

My heart burst. I know maybe one day he will realize it’s not cool to take care of his brother this way. But maybe not too. He might think it’s pretty special.

Once we neared the beach where we planned to anchor down, Sawyer looked back and said to me, ‘Mama, I’m going to swim now. I think he’ll be okay from here.’

The funny part is…Cooper is a rockstar in the boat. He is cautious and calm and follows every rule. Sawyer on the other hand typically mimics Jack from the titanic and at least once tries to jump overboard.

As I reflect it almost seems like Cooper may be his brother’s safe place. 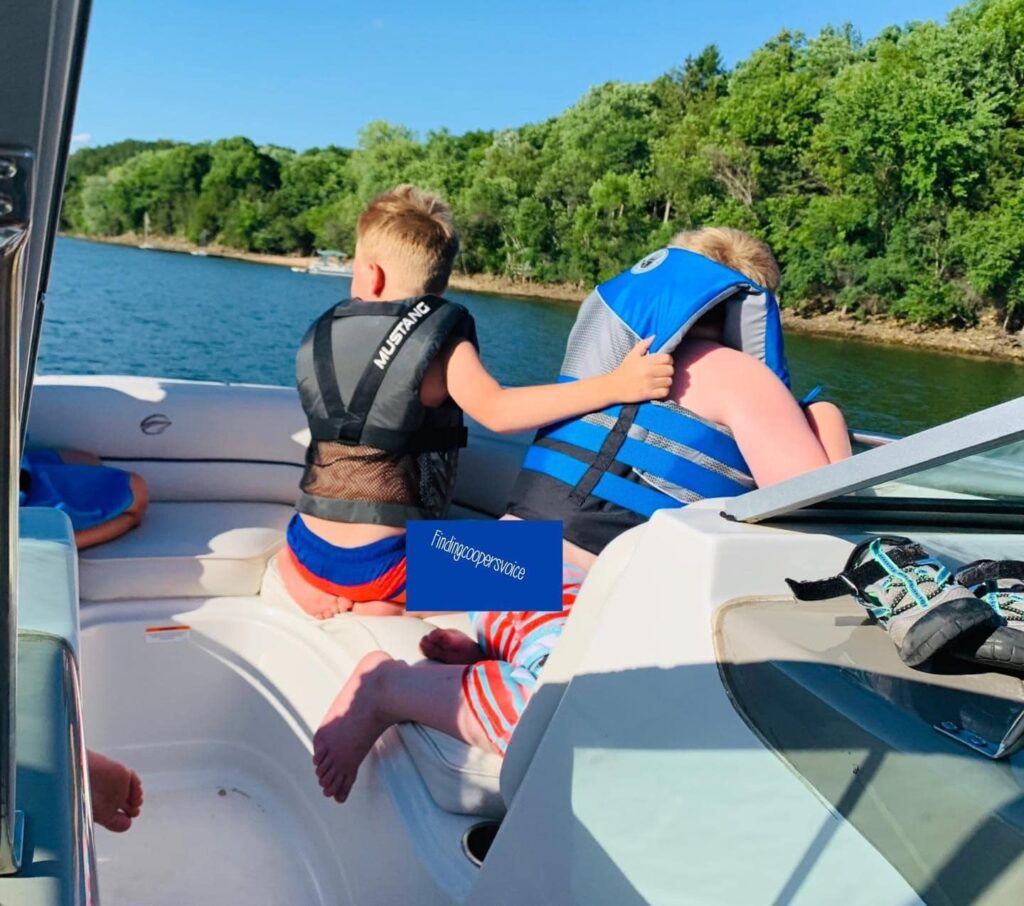