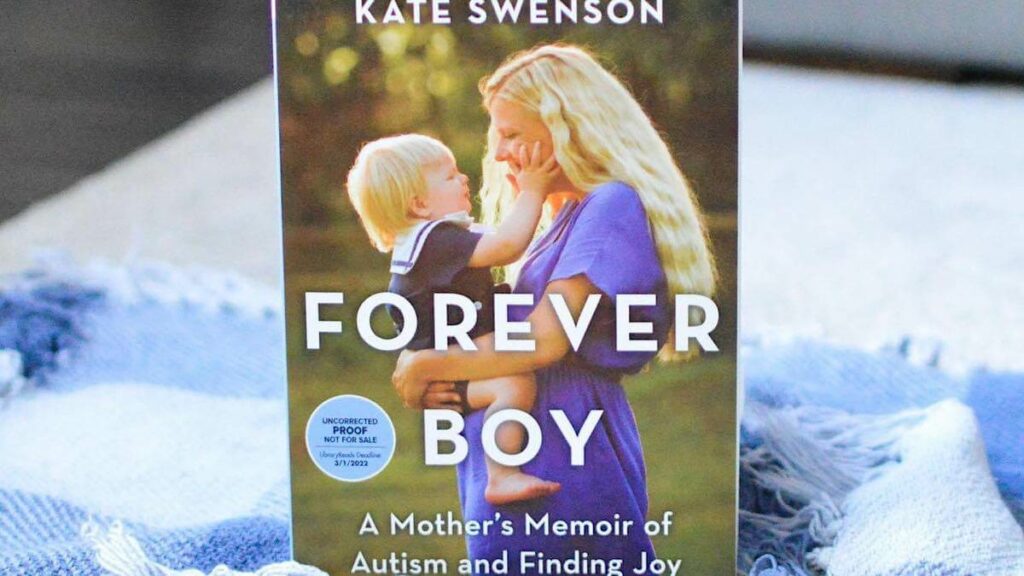 An excerpt from chapter 9 of Forever Boy:

When the professionals first told me about autism, they described it to me as a spectrum. I immediately thought of a spectrum of light, like a rainbow through a prism. But it wasn’t that kind of spectrum. Or at least the experts didn’t explain it that way. They described it as a long line, with one end being the most severely affected and the other end being less affected. They threw terms at me like high-functioning, low-functioning, severe, moderate, and mild, even levels one, two, and three.

When Cooper was diagnosed, I told myself he was on the right side of that spectrum, that he was high-functioning, and that we had won the autism lottery. I convinced myself that when his diagnosis was handed out, we got the good kind. I held on to that term, that safety blanket, so tightly, as if it could protect us.

I soon learned, like most parents do, that Cooper’s autism was being ranked on that spectrum. And before I knew it, instead of being Cooper, the little boy with blond hair who loved trains and smelled like the wind, he was a number. A listing of ASD on a file folder. He was data and checkboxes and eventually a graph that would put him on the most severe end of that spectrum until my sunshine boy became a black-and-white list of diagnoses in my desk drawer, void of his light.

When I pictured that spectrum, the one they described to me, I imagined a long line drawn with a thick black Sharpie across a white wall, down an endless bright hallway. It was straight as an arrow, no bumps or hills, no crevices. It felt clinical. I felt like I was standing alone in that hallway, with the white walls and white floor, watching Cooper toe the line, moving from right to left and farther away from me and everyone else. It almost felt like we were doing autism wrong, moving in the wrong direction, bucking the traditional path and dripping bits of color everywhere.

In the early years, I would look at veteran moms with older children like my Cooper is now, and I would wonder when I would get to acceptance, like them.

And while I chased that white unicorn, I packed my bags and I walked that line with Cooper, sometimes crawling, sometimes trying to push him in the direction I thought he should go. But no matter what I did, we did not move toward high-functioning. And as we reached the end of the line, my version of the spectrum started to change. Probably out of necessity, because my heart had to see this differently or I wasn’t going to make it.

I hated the black-and-white and the dark, sad, clinical parts of autism. I hated straight lines too. So I started to think of my son and his autism as a spectrum of color, like I did in the beginning, before the fear and worry consumed me. A huge circle full of bright colors. Think of the happy reds and oranges on the trees in the fall, and the sometimes ominous teals and the blues of the ocean, and the yellows in a field of flowers. Cooper had dashes of all of them. Some harder. Some scarier. Some easier and happier. And they were all mixed together on his palette that he paints the world with. His spectrum is his color. And his autism is where the light shines through.
….
If you love this. If this resonates with you, PLEASE consider pre-ordering, and guaranteeing yourself a copy of my book, “Forever Boy.” Whether you have autism in your life or not, I believe our story will not only resonate with you, it will lift you up. Because it’s a story of hope. And you will find yourself nodding along, finally feeling understood in a world that can feel so isolating.