What Got Me Through As A Mother 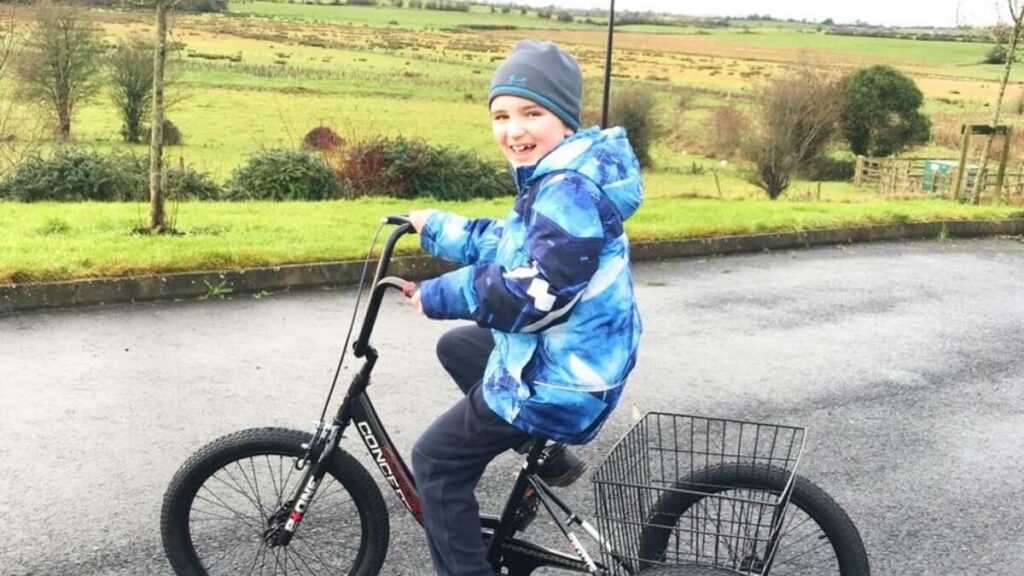 If I could go back in time to the day before my oldest son Conor was born I would in an instant.

I would give myself the biggest hug and tell me it would all be alright, that it was going to be an incredibly painful few years ahead, that I would spend nights bawling my eyes out with worry, stress and loneliness but in the end it would be alright.

I would tell me that I would stand at the water’s edge one night, ready to jump in, to say goodbye for good to the pain and the heartbreak, but I would stay, I wouldn’t leave my baby boy on this earth without me.

I would tell the me of almost 10 years ago that the little boy I loved so much would be born with additional needs and to record every second of his little life as someday soon he would stop talking and he would leave to go into his own little world but he would come back to me one day.

I remember the day Conor was born as if it were yesterday, because from that day everything changed for good.

Conor was born on the 8th of March 2010 in the middle of the night. I loved him; his chubby cheeks, his tiny hands, his pointy toes.

I loved every single inch of my lovely baby boy.

I remember kissing every single part of him, kissing all my love into him, hoping he knew as I held him tight, I loved him now and forever more.

I promised him that night I would always be there for him, love him, mind him, help him, protect him.

I feel such guilt now that I couldn’t live up to those promises.

I didn’t realize when Conor didn’t sleep that first night that it would be over 2 and a half years before he would sleep again, once he had medication.

I spent every night after he was born driving the roads of the West of Ireland, as the motion helped him sleep, so I drove and cried my heart out wishing for it all to end.

With a breaking heart I gave them away, hoping another little baby boy would feel the love I had felt that day I picked them out for my gorgeous Conor.

He spoke for a little while after his first birthday. He could say mama, dada, baba and funnily, bopum dopum; which I know isn’t a word, but I loved the sound of his voice because he was saying something.

If I ever heard him say mama again, I cannot tell you what that would do to me.

Almost all my friends walked out of my life, they couldn’t handle my “strange” baby that screamed and projectile vomited.

My baby who couldn’t go out to public places, he wasn’t like their sons and daughters.

He didn’t smile or play baby games, he stared blankly into space or he screamed high pitched screams.

When he was eventually diagnosed with having Autism it broke my heart the way other people spoke about him, not to him.

They called him unthinkable names, like vegetable, the R- word and so much worse.

They would tell me it was my fault.

I had held him too much, I had babied him or I didn’t speak enough to him, there always seemed to be a reason I was at fault and I felt lower than the dirt on your shoe.

In those moments, I would make my excuses, rush to my car and cry my eyes out at the cruelty of their words.

All the while my little boy was doing his best to survive in a world not ready for him yet.

The night came when I couldn’t take it anymore.

It had been weeks since I had slept in a bed at all.

Conor was with me, as he always was during our night-time drives together.

I used to travel to Galway a lot at night with Conor as it was here, I had spent some of my happiest years at University.

With Conor in my arms I looked out into the dark water in Salt Hill and thought about how my life had changed.

How I wasn’t the mother I had planned to be.

I was a failure.

A mother who felt she deserved all the horrible things people said about her.

I was getting ready to jump in, when I stopped and realised, I would have to leave my gorgeous Conor in the car at the side of the road.

Who would find him? What would happen to him?

He was in my arms and suddenly made the first real sound he had made in months.

I realised in that moment I needed more help than I could give myself and I could never leave my son on this earth with out me.

I said “home Con”, and placed him safely back into the car.

We drove home together that night.

I cried my eyes out all the way home but this time there was a difference.

I knew I had to fight.

I had to be here for my son, to make sure I could be his voice until the day he found his own once more.

When I look back now to that time at the water’s edge, I know that it was my son Conor who got me through.

He needed me as much as I needed him.

Every day since that day we have spent together navigating a sometime cruel world, but never do we leave each other’s side.

To this day Conor can not speak but I see the love he has for me every single day when I look into his eyes.

Amanda Mc Guinness is a Law Graduate, Educator and Columnist. She is mum to 4 children; a daughter Hailey, and 3 sons; Conor, Jack and Max. All three of Amanda’s sons are autistic and two are non-verbal. She provides Free Educational resources over on her website www.littlepuddins.ie and blogs daily about her family’s life and her home-school activities over on her Instagram and Facebook at TheLittlePuddinsBlog.