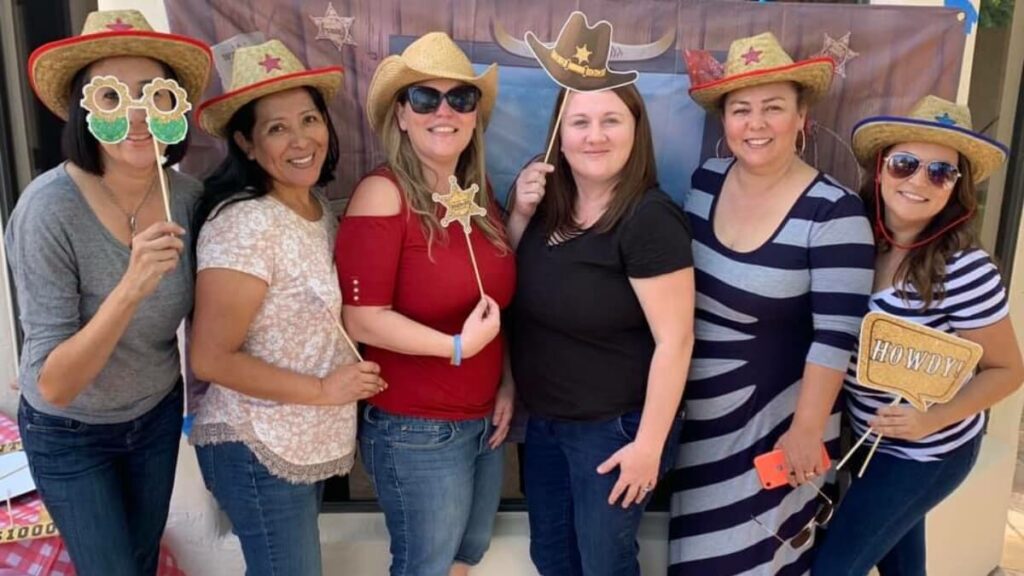 When my son was born I kept hearing the phrase, “It takes a village to raise a child”.

I never understood it until my son was diagnosed with autism.

When we finally heard the words, “Your son has autism spectrum disorder” from the doctor, I had to text my family because I knew I couldn’t get through a conversation without bursting into tears.

Even though we knew he had it, it isn’t real until you hear it from the doctor.

The next day my parents came over and the first thing my mom did was give me hug and say we are now on a new journey and we will find out all we can to help Henry.

It was the best thing I could have heard and 5 years later I still remember it like it was yesterday.

We are so lucky that both sets of grandparents, all of Henry’s aunts, uncles and cousins have been so supportive.

For the last 5 years my niece and nephew have been asking friends to donate to a local autism charity instead of birthday presents; they were 12 and 9 when Henry was diagnosed.

It’s not just family, but all our friends have been so understanding too.

I met a group of moms when Henry was 4 months old.  Our children are all about a few months apart.

These were my first mom friends and they have stuck by us.

Henry is so lucky to have amazing typical friends who don’t think he’s weird, but want to be the first ones to hear words spoken from his mouth.

They really care about him and protect him.

Our autism village is bigger then I could have ever imagined.

When you first get the diagnosis, the doctor says, “Yes it’s autism,” gives you some papers to read over, and then pushes you out the door.

There is no magic pill, no autism looks the same; it isn’t one size fits all.

They tell you early intervention is so important but then the waiting list for therapists and doctors could be years.

You feel isolated and alone navigating your journey.

We were afraid at times because maybe one therapy wouldn’t work and now you’ve wasted 6 months of your child’s early intervention on the wrong thing.

Now you have to get on another waitlist and hope you can get in sooner rather then later.

You have to learn how navigate the complexities of insurance and state programs.

I just want to thank the veteran parents who fought for the services we get now.

We still have a long way to go but we are closer because of you.

I’m thankful for the support groups on social media; the parents I’ve met in person and on the internet.

The parents who just get it.  Who understand all the little things we celebrate with Henry.

The times you just need someone to listen or read and share their stories with you.

To “The Original A Team”: you were the autism moms I first met.

We were all new to the autism world and we helped each other out and still do after almost 5 years of friendship.

To my “Across the Spectrum” family, I started the documentary to try and help others and I learned just as much.

Most of the things I’ve tried with Henry are because of watching some of you other moms go through it first.

I’m thankful for all of Henry’s therapists, starting with early intervention all the way up to now.

I may have forgotten a few but I think there have been around 25 therapists that have come into our house, and that’s not including his school therapist.

Feeding, Speech, OT, and PRT…Henry’s progress is because of each and everyone of you.

As you can see, Henry’s village is huge.  I was reminded of this at his 8th birthday party on November 3rd.

Sixty people came to celebrate him.

The smile on his face was amazing, he recognized everyone and knew they were here for him.

So, thank you village…you have made the last 5 years a little easier.

Rachel Lack is a filmmaker and mother, who has been filming 8 autistic kids in Arizona and Massachusetts for the last 5 years.  She is following these kids all the way to adulthood. It will be a documentary series called Across the Spectrum. You can follow them all on Instagram @purlingplace and the Across the Spectrum Facebook page will be starting in January.